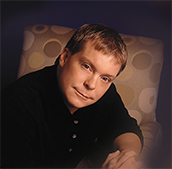 Al Denson was born May 13, 1960 in Starkville, Mississippi. In 30+ years of ministry, Al has found numerous ways to reach people for Christ at their level, regardless of age or background. As a Dove-award winning Christian recording artist, Al has been extremely successful, having 19 top ten songs (eleven of which hit #1) and inducted into the Christian music Hall-of-Fame in 2009. Al’s compassion and encouragement for others is evident in all he does and he is nowhere near done using his creative talents.

“TO BE: a creatively driven artist that will lead the Christian Music Industry by providing the public with an excellent message of Christ through the talents God has given me. To always live the words I write in my everyday life through the actions I take and the words I speak. To maintain a high level of integrity in my dealings with people and to always strive for excellence in everything I do, as it is an expectation of myself and not just a goal.”
– Al Denson

Innovation in ChristianMusic and Beyond

Al was the first Christian artist to incorporate video, including interactive video, in his concerts. This required two semi-trucks to travel on the tours, resulting in not just a concert but a unique and spectacular experience. In most cases, Al funded these tours himself. Always striving for to make the biggest impact possible, Al was also the first Christian artist to host and produce his own TV show as well as navigate the sometimes-tricky road to secular audiences by developing public school programs. Check out the navigation above for more info on both of these endeavors.

For seven years, Al partnered with First Baptist Orlando and developed a ground breaking relationship between artist and church. Once a month, he would lead worship and assist with the team, including respected worship leaders Jeff Lawrence and Mike Haight.This set a precedent for churches embracing multiple worship leaders. 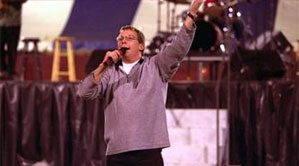 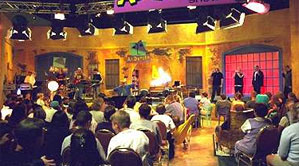 Immediately upon meeting Al, his heart for helping others is apparent. He has helped countless churches train choirs, hire worship leaders and teach music. He continues to strategize and assist labels, non-profits and publishers to this day, behind the scenes, never asking for recognition or fee. Dozens of artists, from #1 top sellers to brand new names, have been encouraged and mentored by Al. He has created two innovative conferences for worship and youth leaders, as well as been an integral part of Walt Disney World’s Night of Joy. It is clear that even though he has chosen to step out of the spotlight, ministry is a passion for Al and he continues to use his gifts every day. While his critical and commercial success is astounding, it is Al’s love for the Lord, his compassion and desire to improve the lives of all he meets that will be his legacy. 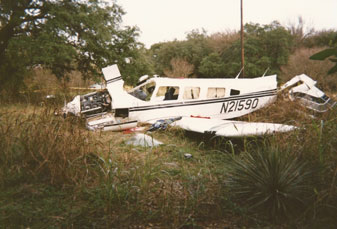 Al has lived his life with extreme passion and has many loves outside music and ministry. At the top of this list is flying. Al has had his pilot’s license since the early 1980s and whether it was for business or pleasure, Al loved the chance to literally fly himself to wherever he was going. In December 1994, he unfortunately had a brutal, dangerous wake-up doing what he loved. At the height of his career, Al was in a deadly plane crash outside of San Antonio that took the life of a friend who was onboard that night. It was a miracle that Al survived the crash. He had broken multiple bones including both legs, needed 500+ stitches in his face alone. Doctors told Al he may never sing again.

The losses that came from the crash could have been utterly devastating, easily ending his life or at least his career. While the crash broke Al’s body, it did not break his spirit. 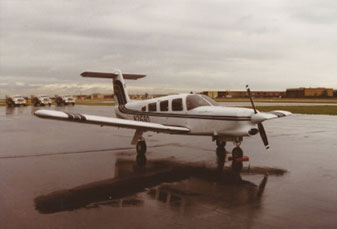 Although he was faced with potentially losing his passion (and his career!), Al persevered. Through prayer, faith, great doctors, support from family and friends and positivity, Al regained both his ability to walk and his health. In fact, to look at him now, you would never know how close he had been to death. He even flew in a small plane two months after the crash to overcome his fear.

But the crash rebuilt him spiritually as well. Knowing that God had put him through this experience for a reason led to a period of reflection but also inspiration. Al didn’t allow this to be a permanent setback; he embraced it and used it for the better. He has used his rare, near-death experience to relate to others in a very unique way and grow even deeper in his personal relationship with Christ. Al will have scars- both emotionally and physically- forever but they have never kept him down. Al’s recovery is nothing but inspirational, a living example of using positive determination and faith in the Lord to overcome even the toughest of challenges.

So many times the reach of the church is unfortunately contained within the walls of the church building. Al was one of the first and only Christian artists to successfully minister in public schools.  In 1997, Al began touring public schools.  Al was able to encourage kids who already had a relationship with Christ as well as open the doors to those who were lost. Although he would make his faith known, state and federal law prevent proselytizing during school hours. Al created a program to encourage good character and morals – something even non-Christians all want instilled in their children- called “Who Are You in the Dark?” Combining an encouraging message with music, Al gained the attention and respect of the students.

A great assembly during school was a huge part of the master plan, which was that Al would do a Christian concert that evening that all the students were invited to attend.  Most of the time, these evening concerts were attended by not only the students but other friends and youth groups in the area, often exceeding 3,000 a night.  In many cases, this was the first time these students had experienced God’s teaching and love. Al had booklets on a myriad of topics- from abstinence to peer pressure to personal loss. All of these were in plentiful supply and free for students to take.  Materials were given to youth pastors and kids were given Bibles as a way to leave an impression after the concert was over. 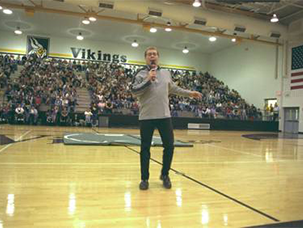 Half a million booklets were given to students throughout this time. After 9/11, an additional 300,000 of Al’s booklet, “When Tragedy Strikes,” were distributed in public schools and communities in New York to address the effects of the tragedy and help the students heal.

The impact from these assemblies was astounding. School administrators, parents, students, teachers and pastors all responded with praise and accolades. Al brought in other artists and speakers who shared his heart for these events and they continued to grow. This encouraged Al to creatively delve deeper into ways he could reach other students, outside of the church.

If you are curious about any of the issues discussed here or want to learn more about any important topics to young people, the booklets are available online here. 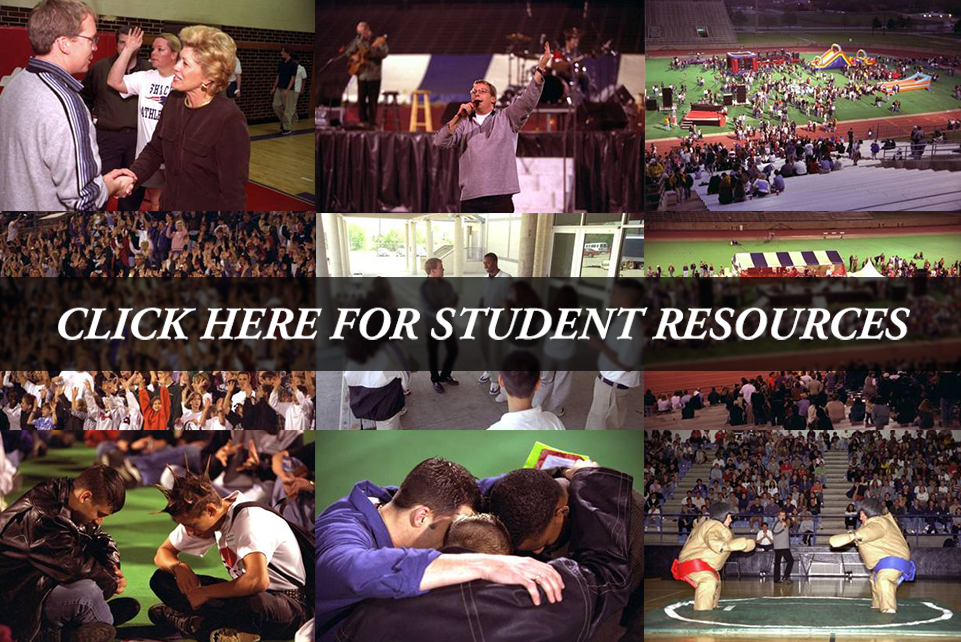 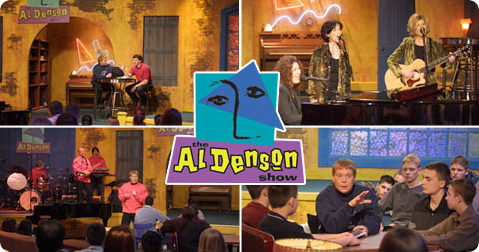 Al developed and hosted a TV show designed specifically for teens. The show aired for three seasons on the INSP network until the 96 episodes were eventually sold into syndication to ALL of the Christian TV networks. Produced by Stephen Yake, the show featured all kinds of guests from Tim Clinton, Dawson McAllister, Avalon, Nichole Nordeman and Salvador. Students had the opportunity through Al’s website to submit questions that he would answer on future shows. Topics ranged from anger, loneliness, sexual abuse, prayer, fear, friendship, single parent homes and depression. Music, professional insight, a casual atmosphere with energetic pacing proved a hugely effective formula in reaching kids for Christ.

For each show, Al offered free, original booklets for teens and viewers to download. These booklets coincided with the show and provided a chance to go deeper into Biblical perspectives. Topics ranged from Dating to the Fear of Failure – even to the truth behind Halloween! Poignant yet relatable, teens and parents alike praised the booklets. Even now no matter where you are in life, all of Al’s 92 booklets are available to download for free. Please feel free to browse and download whatever is speaking to your heart today! 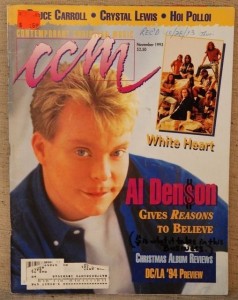 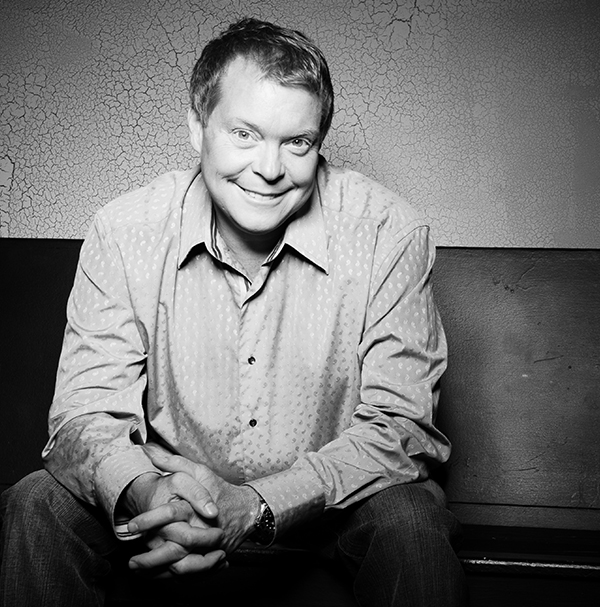 Al has been a guest on hundreds of TV shows, radio shows and taped programs. He produced and hosted a number of projects including: 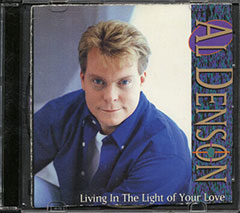 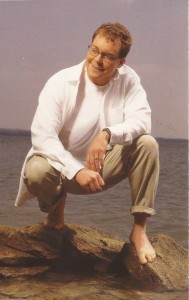 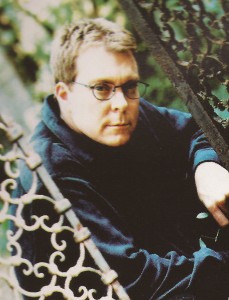 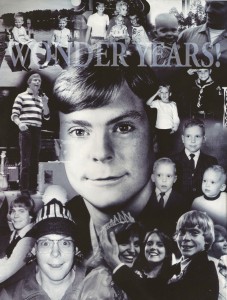 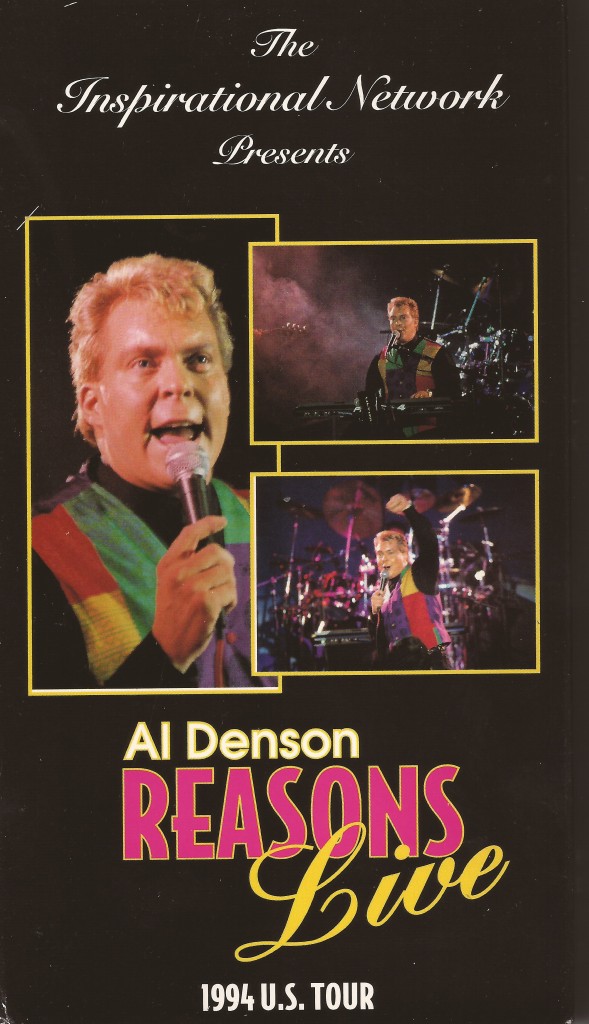 Al’s live “Reasons” tour was sold on VHS.
For the kids out there, VHS is like a bigger, blurrier DVD